The inability of lawmakers to understand the constitution, equal treatment before the law, double jeopardy, and individual liberty is stunning. In some ways it prevents me from believing that American as currently constituted can endure.

So does it comfort you to know that a kook of this major dimension is one heartbeat away from the Presidency – or would it be comforting to know that this clown could only improve on who is in there now? 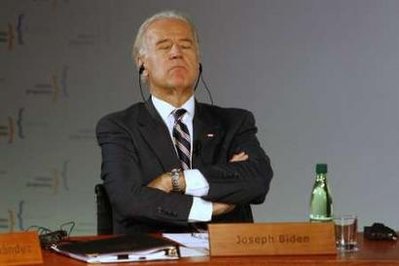 Aside from the usual stupidity of criminals, can anyone tell me what is wrong with this news story?

Warwick Police Station has again been the target of a brazen attack, with tyres on seven cars slashed in the early hours of this morning.

Two marked vehicles, three unmarked cars and two officers’ personal cars had their tyres slashed in the compound of Warwick Police Station some time between midnight and 6.20am this morning.

Note the key word  ‘again’ in this report.  This is the second time somebody has attacked cars at the police station:

The incident comes eight weeks after an attack that saw two privately-owned cars at the station set alight with what police believed was a Molotov cocktail.

Of course, its pretty stupid to come back to the scene of a crime.  Especially to a police station.  That organization created to investigate crimes, with specialized training in investigation and with the full force of the state behind it to find and detain criminals.  Like those who attack cars and destroy them.  Or at least one would think so.  Just about anywhere in the world attacking the police is the stupidest thing a criminal can do.  They are the biggest gang around and they can find you and punish you.

But apparently not in Australia, or at least this part of Western Australia.  Here, they whine on about closed circuit tv and lighting:

WA Police Union president Mike Dean said security at the station had not been prioritised by Premier Colin Barnett.

“There just seems to be absolutely no urgency about upgrading security at this active station,” he said.

“And here we have another incident a mere eight weeks after the Premier pledged to boost security at the facility.”

He said making the station car park compound secure would not be an “expensive fix”.

“All that is needed is the installation of CCTV and an electronic gate at an estimated amount of up to $20,000 to make this area secure,” he said.

Now this is the union spokesman (we can get into the whole idea of unionized police as government idiocy at another level later), but here’s an idea.  You are the fracking POLICE!  How about you go out and crack some skulls and find out who did this and put them in the pokey for a couple of decades?  With some nice broken limbs thrown in as a bonus?  Teaching the criminals that it is not allowed to even think about attacking the police would go a long way toward ensuring that your job is easier all around.

I have absolutely no experience with Australia other than a very pleasant visit there a couple of years ago.  We were treated very politely and had a wonderful time everywhere we went.  However, Australia is overrun with politically correctness.  Especially the enviroKooks and the minions of the Great and Powerful Algore.  They are very, very, very, very, very guilty about the treatment of the Aborigines and never stop bashing themselves and their culture.  They just turfed out their very successful Conservative Prime Minister and replaced him with a socialist who immediately promised to bow down to the UN and Kyoto.

And apparently they have police who are so wimpy they can’t even go out and find people who attack their very own cars.

Of course as Rachel Lucas points out – unarmed police are about as useless as tits on a bull if the mob decides that they don’t want to obey them:

A good first step would be to arm your police. I know it sounds all hillbillyish and redneckian, but there’s something called “deterrence.” It’s this crazy concept we uncivilized rubes over here in ‘Murrica apply in order to give our law enforcement the ability to, you know, enforce the law.

But the wimps there have learned their lessons.  For example they don’t want to use the word MOB (as in group of people rioting against the public order and beating up two cops) because that might be inflammatory:

“Whilst we would never use the word ‘mob’ which is an inflammatory word, we can confirm that eye witnesses have described their initial fear that officers were going to be seriously injured or killed.”

and Rachel shows what will probably be the followup:

I expect the followup article to this one to explain how the injured officers are being sued for inflaming the rage of the crowd, and maybe even a few arrests will be made of the witnesses for hate speech because they described the scene as “horrifying.”

The British do make a habit of locking up people who actually defend themselves and their property.

Get out while you can – those of you who don’t want to be paying jizya in a few years.

Rescued from captivity where he was essentially starved. And his reaction?

– CBS News journalist Richard Butler said he believes he was kidnapped in Iraq by policemen with sympathies toward the Hezbollah but isn’t entirely sure who held him captive for two months or why.

Butler, a British journalist kidnapped with his interpreter on Feb. 10, was rescued by Iraqi troops on April 14 when he was found with a sack over his head in a house in Basra.

Butler said he felt it was better to be kidnapped in Iraq then taken into custody by Americans in Afghanistan.

“I was pleased I wasn’t being mortarboarded in Guantanamo or being held for six and a half years like an Al-Jazeera cameraman, for instance,” he said.

I tend to believe that mortarboarding is just someone misunderstanding waterboarding – unless the CIA has come up with a way to pound gypsum dust into the noses of these murdering turds at Gitmo.

But could there be any greater representation of the absolute anti-Americanism of the media?  And then they will 100% deny any sort of bias in their reporting.  Honestly – its too bad they found this idiot.  Better to let him experience the tender mercies of the Hezbos.

It was waterboarding – went to cbsnews:

Pizzey: You were saying it is better to be kidnapped by Shi’ites in southern Iraq than by Americans in Afghanistan.

Butler: I was pleased I wasn’t being waterboarded in Guantanamo or being held for six and a half years like an al Jazeera cameraman, for instance.

He’s still an anti-American donk too.

Noted by the ever-watchful BlameBush blog:

In the early morning hours of Sunday, March 23, twelve Muslim men met quietly at a mosque in the Iraqi province of Diyala, perhaps to bid their final farewells to friends and family. Their nose hairs trimmed, monobrows plucked, and testicles cleanly shaven in accordance with Holy Quran, they had prepared themselves to make a dignified journey into the afterlife. Suddenly, and without even reading them their rights, Coalition Forces stormed the building and gunned them down in cold blood.

Where is the outrage?

Most of us would be appalled if U.S. soldiers burst in and mowed down our ailing grandmother just as Dr. Kevrokian was hooking her up to his wonderful gizmo. Yet no one bats an eye when it happens to TWELVE innocent – and let’s not forget suicidal men. If the gung-ho, trigger-happy, baby-killing fascists had just practiced a little self-restraint and waited another hour or two, they could’ve saved themselves a lot of time and valuable ammo. But thanks to our troops, twelve members of the Muslim community were denied Death With Dignity, and 876 virgins are now standing in the unemployment line.